This book was the final structure we learned in Emily Martin's Artists Books class. It was a challenge getting the math right, but very rewarding to see it actually work and fit together like it should!
Each panel was letterpress printed in layers, which means that each image took about 4-5 press runs to complete. A registration nightmare! But I managed to work out a system after the first image run and the rest of them worked out pretty okay. The idea was that the final image should resemble folded paper, with slight differences in colour to accentuate its dimensionality. 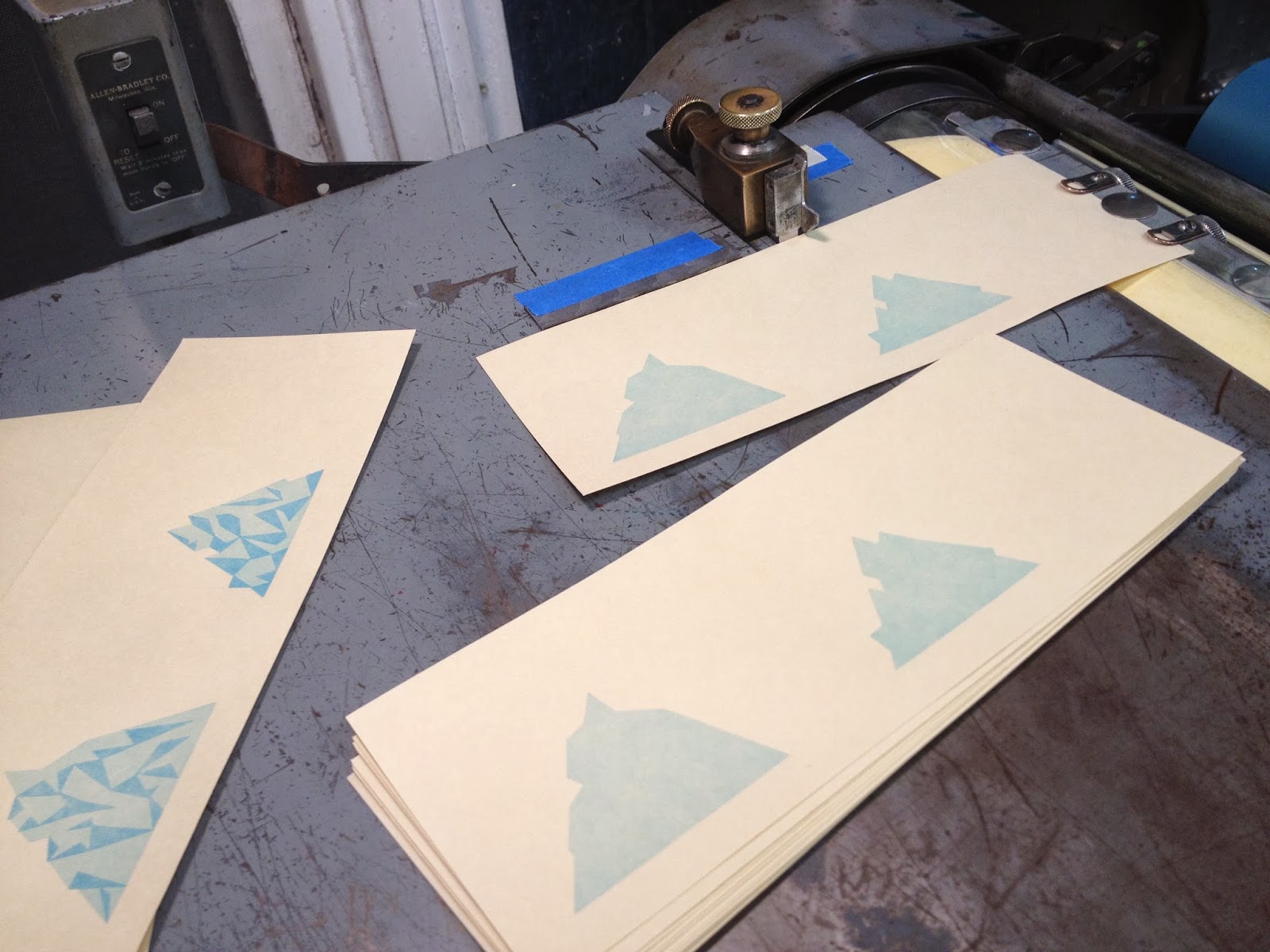 Printing the second blue layer for the mountains 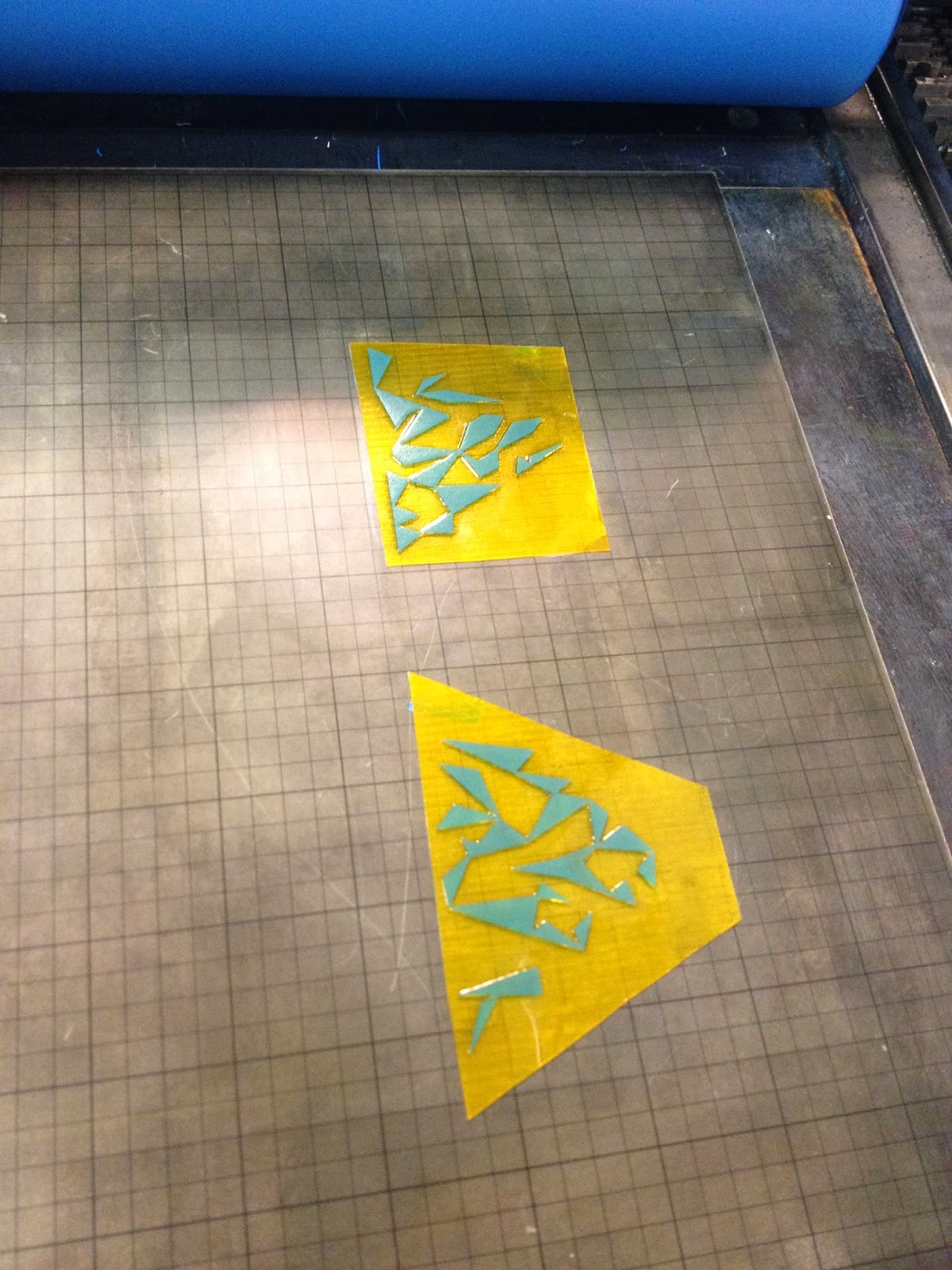 I printed from plastic backed polymer plates, that were easy to register to the image 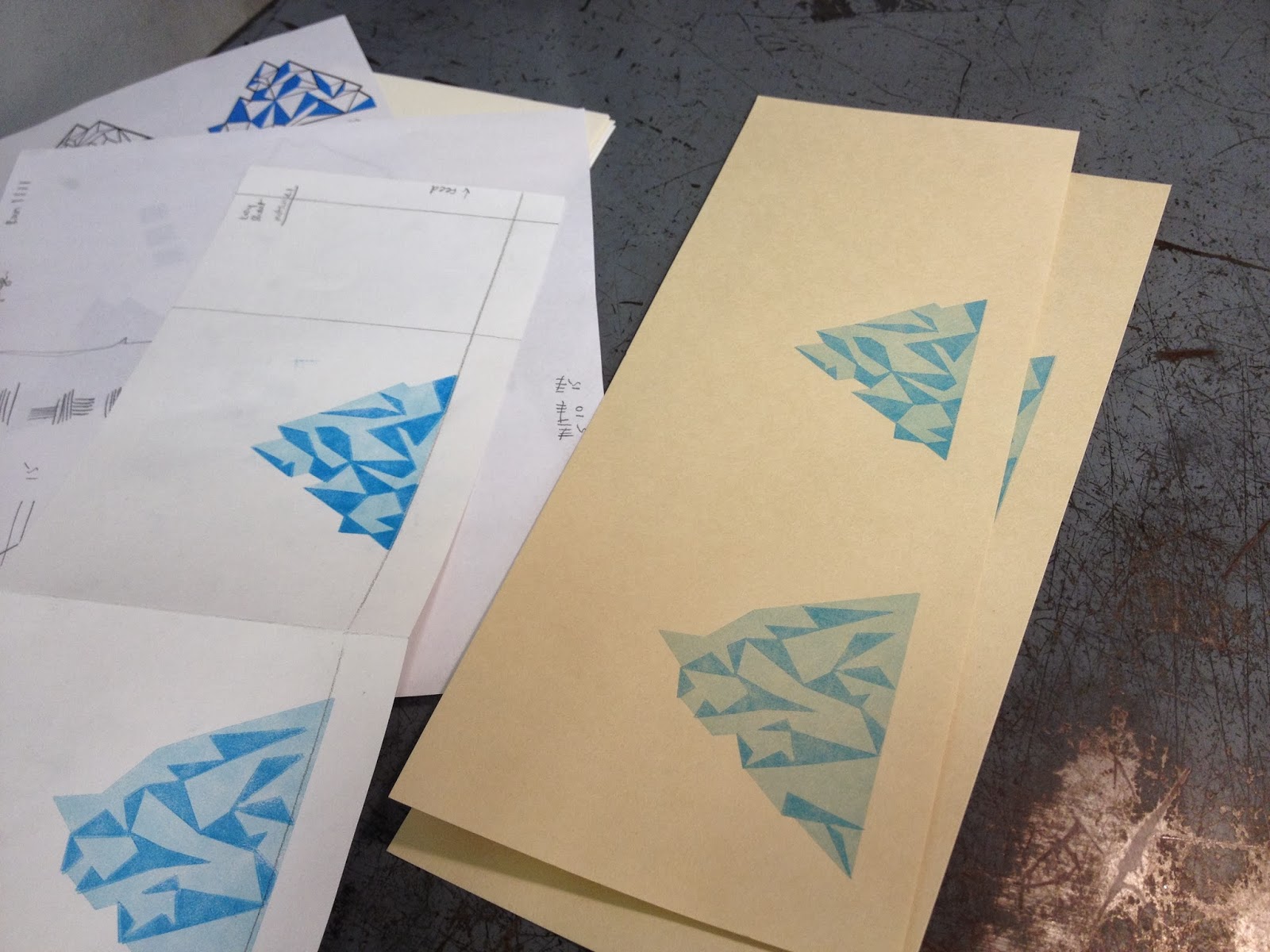 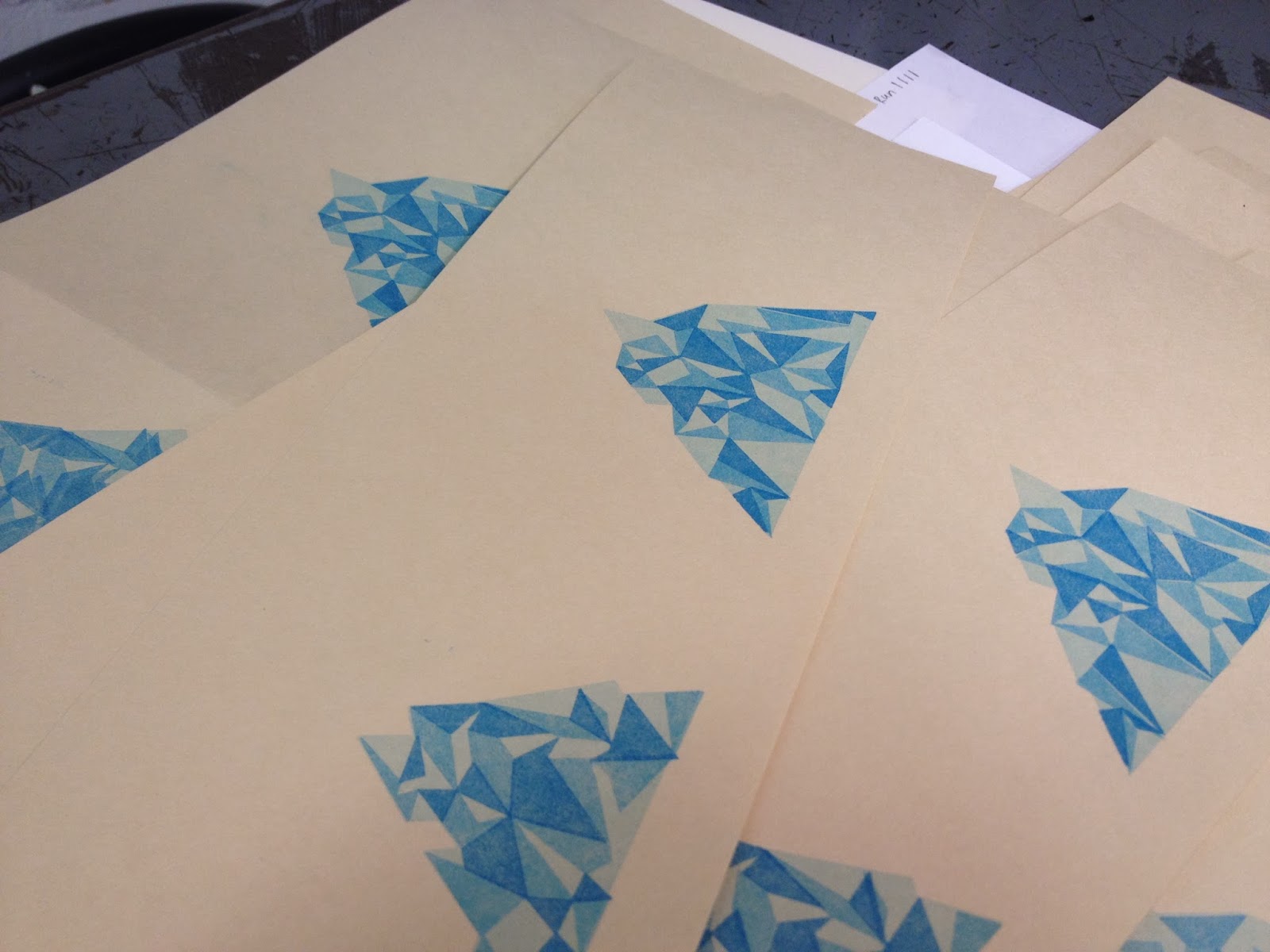 There were still a few hiccups, but overall it looked like what I had initially visualized 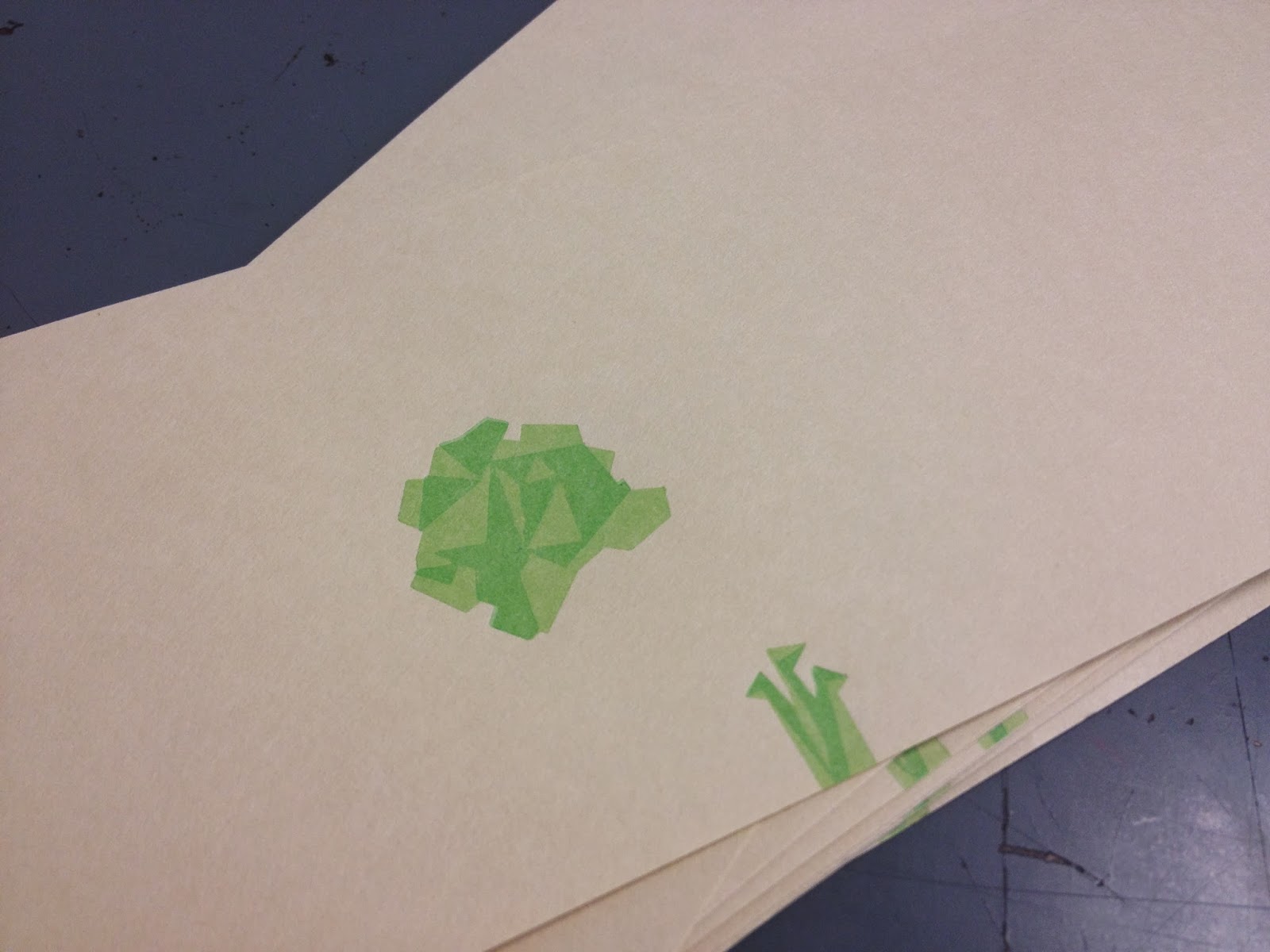 Printing the green layer, which included the grasses and the tree tops 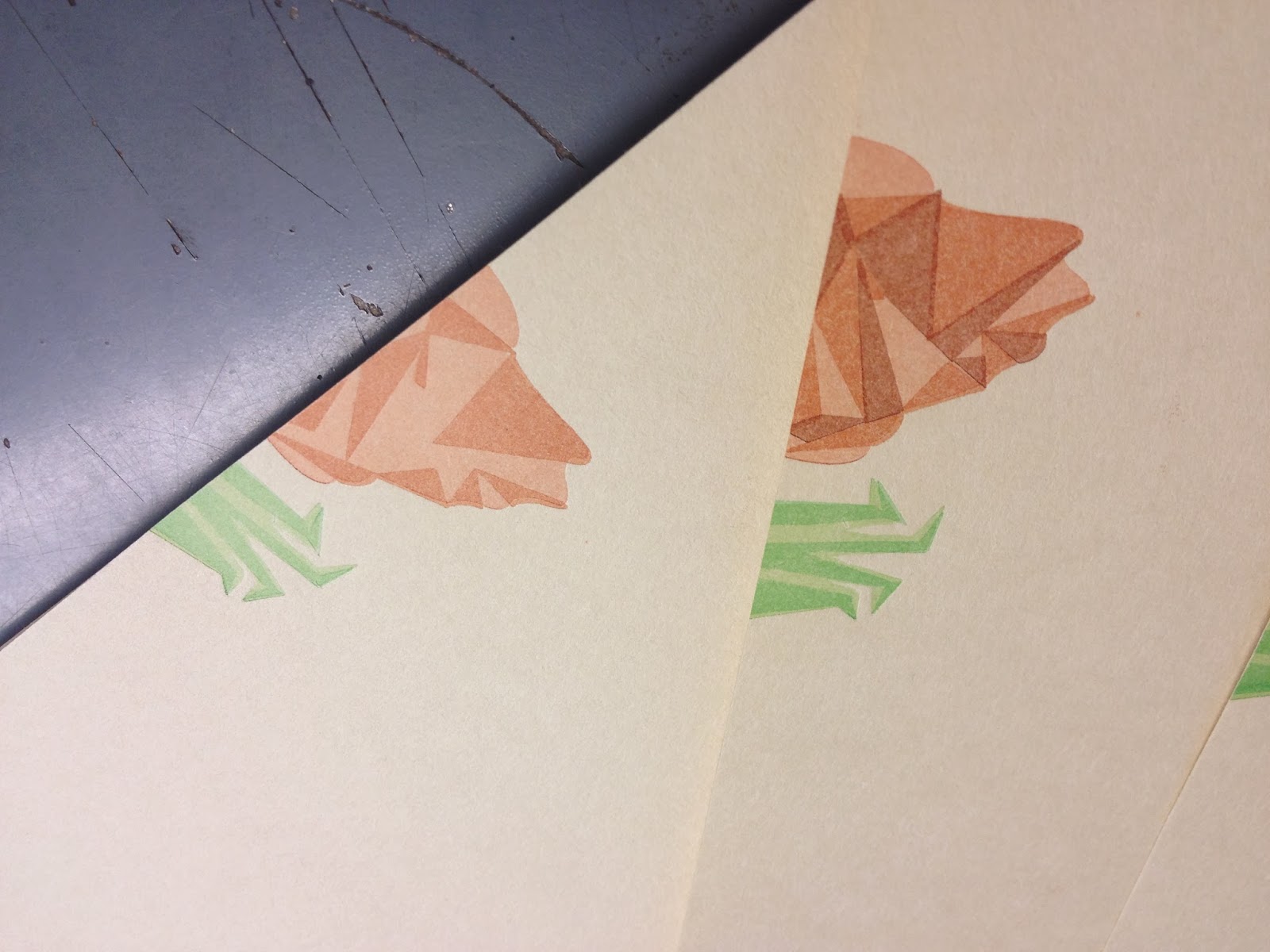 Next came the brown layer, which included the rocks, the bear,
the rock which turned into a bear, and the tree trunks 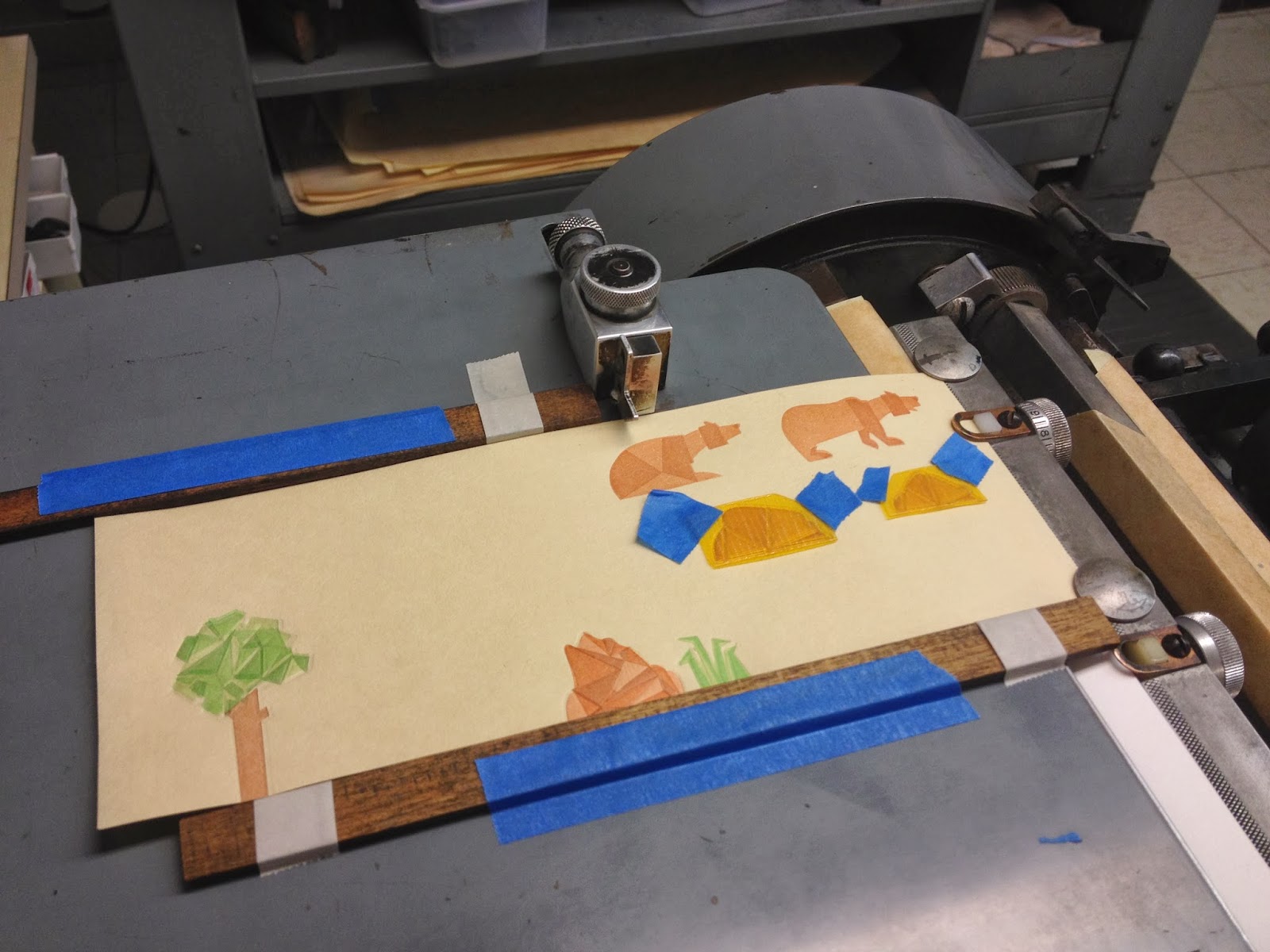 The set up on the feed board. Since the piece of paper was rather long, taping down pieces of furniture helped guide the paper, which greatly helped with registration 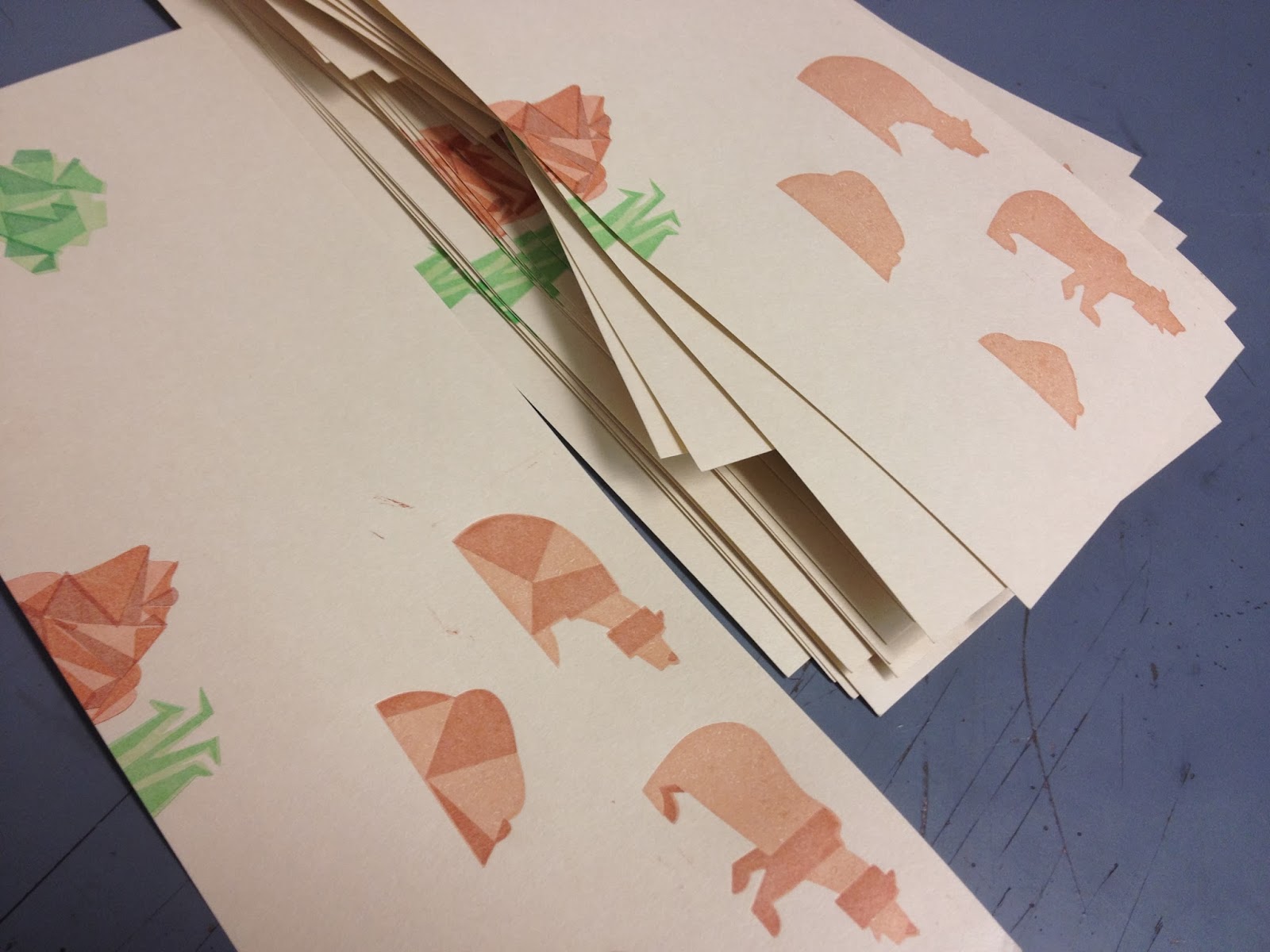 The bears were just two layers of brown 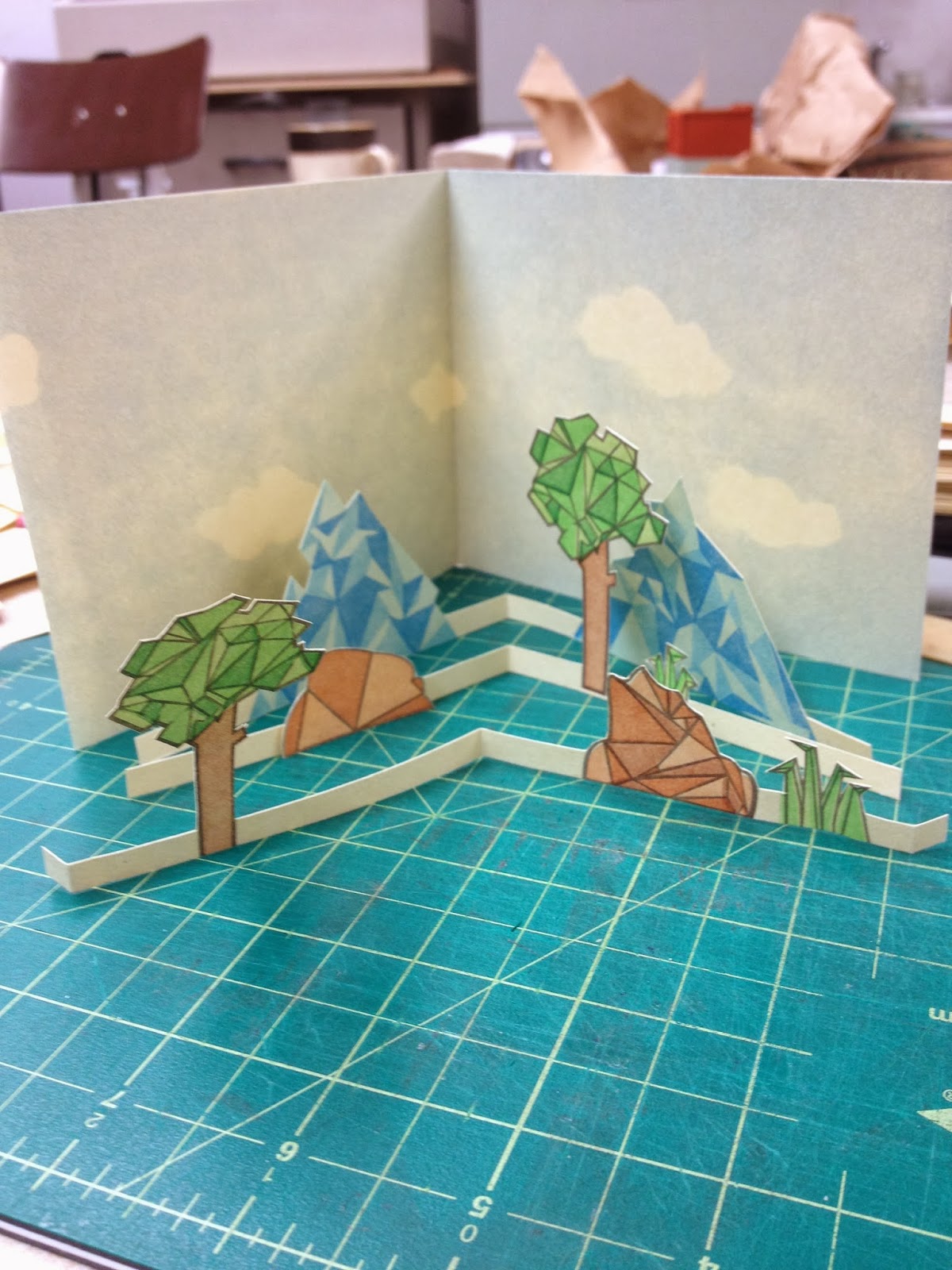 Pre-assembly... so close, yet so so far! 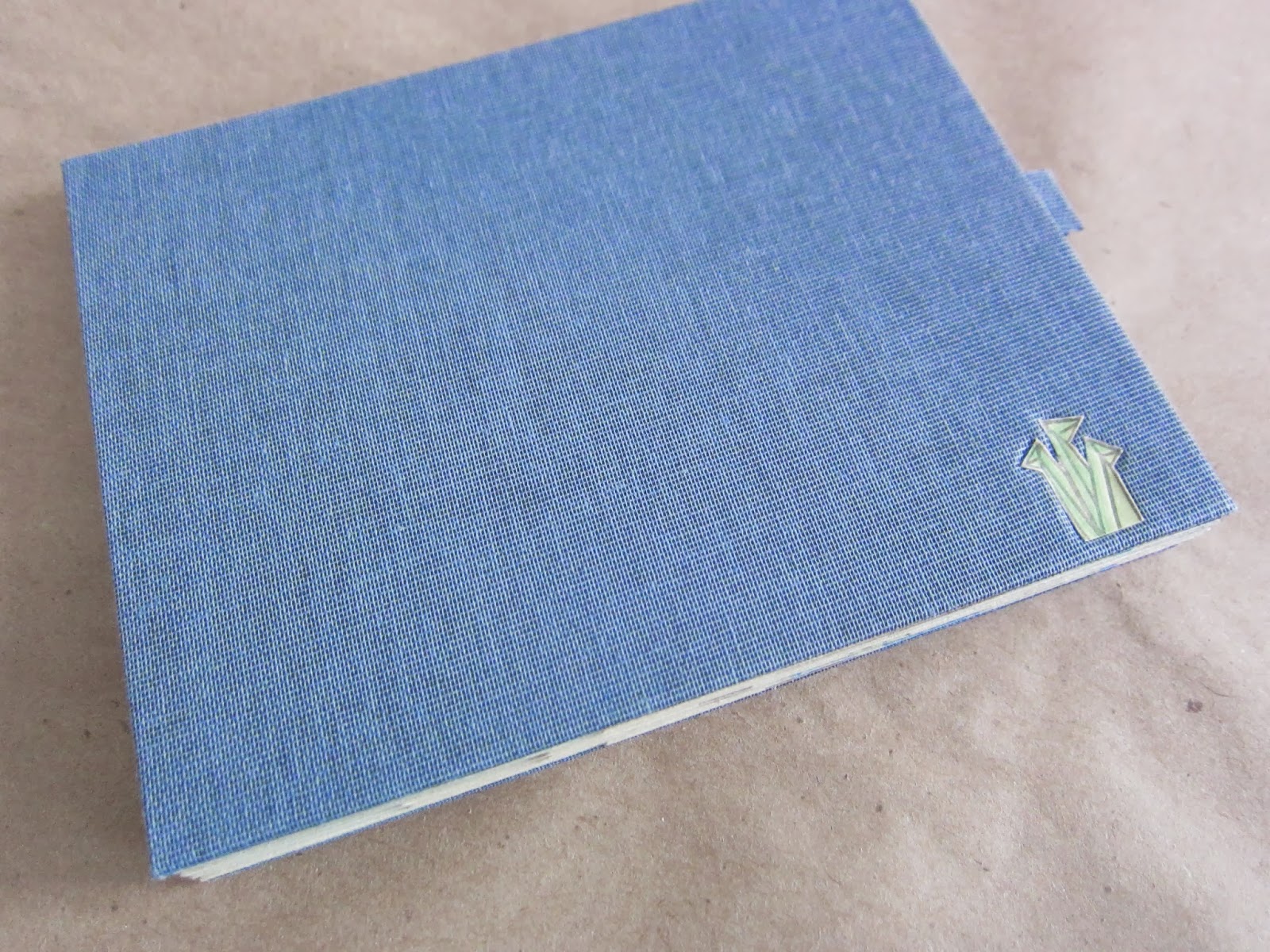 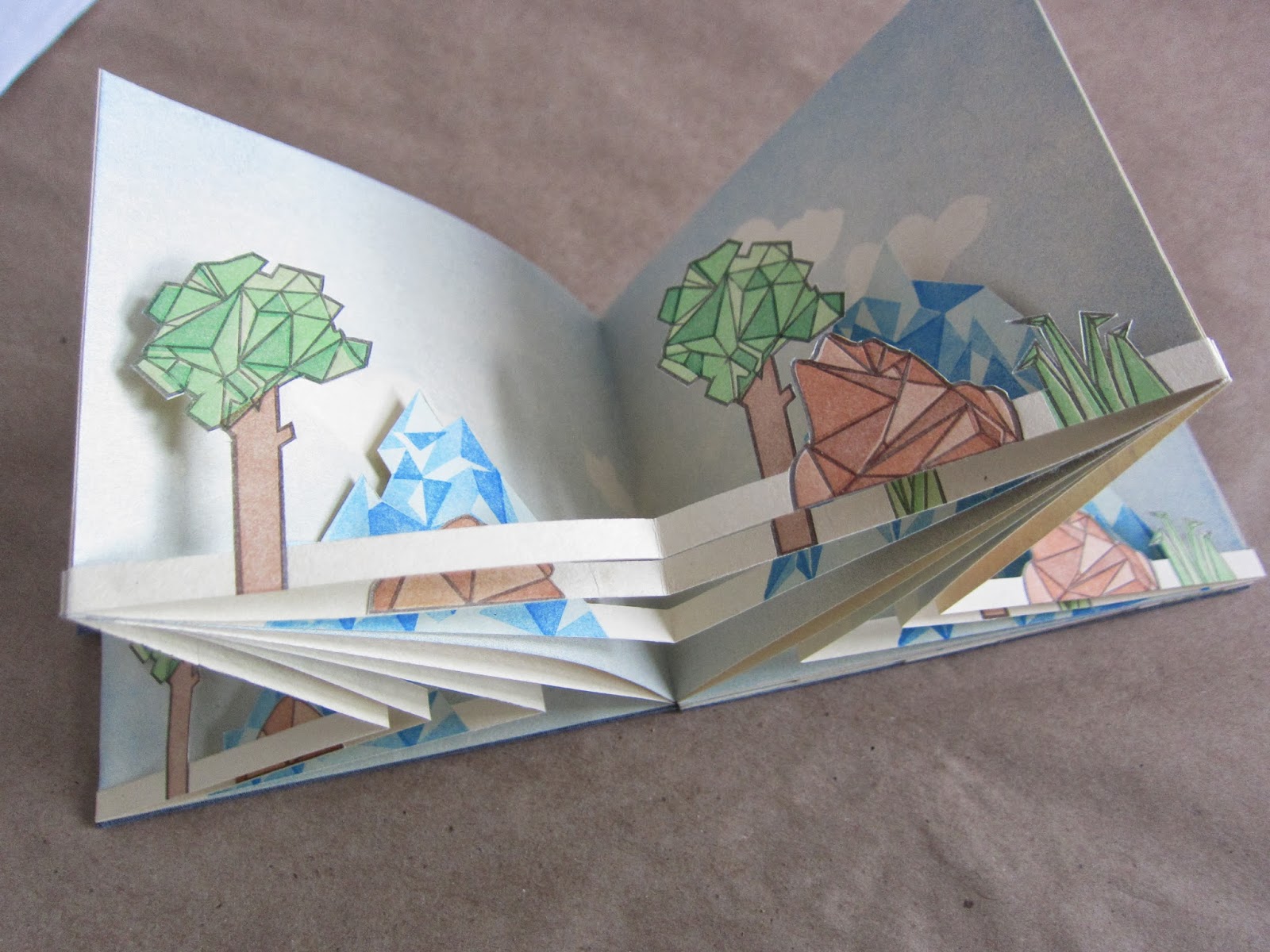 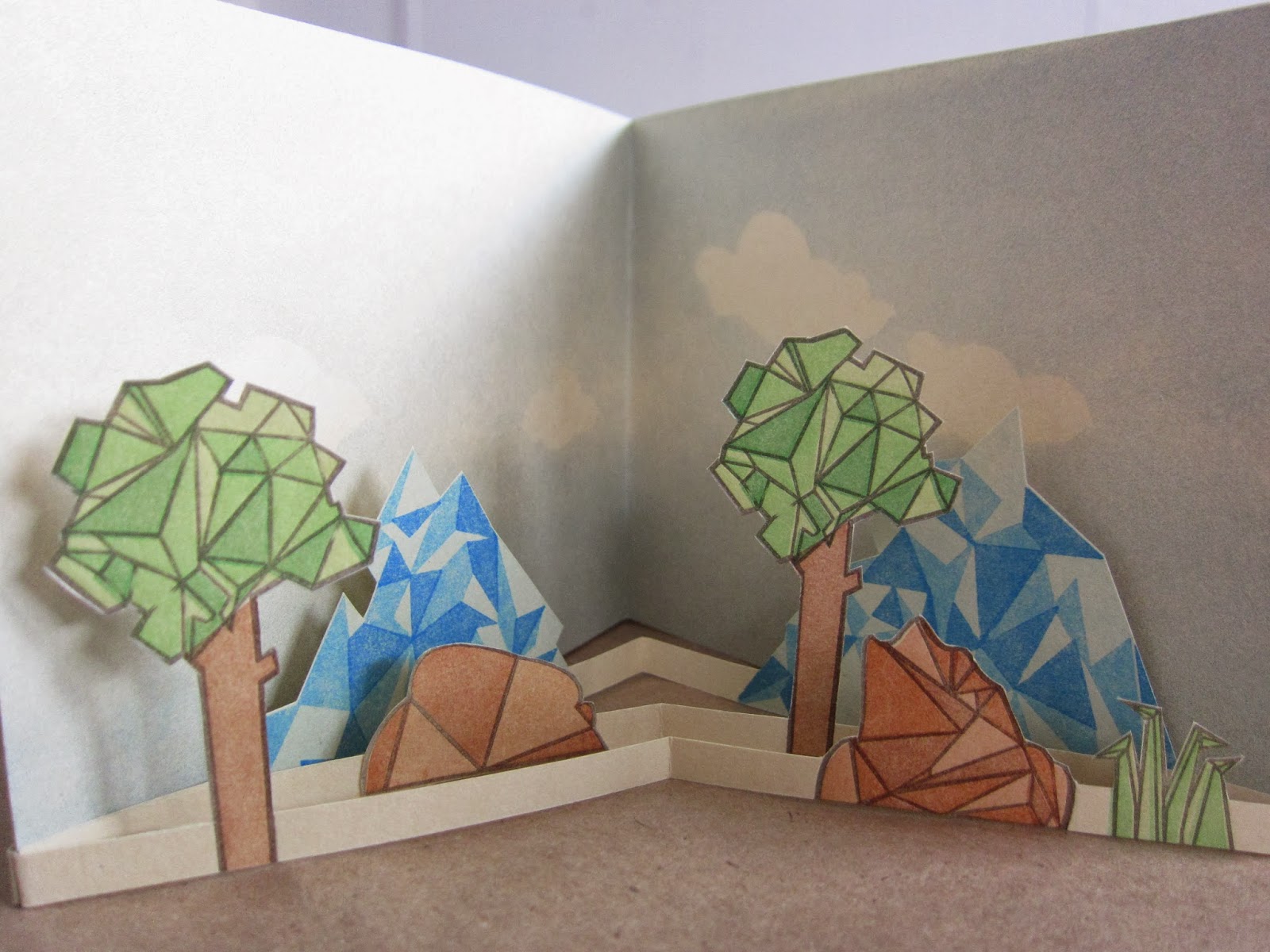 In this frame, the rock at the back enters its second stage of transformation! 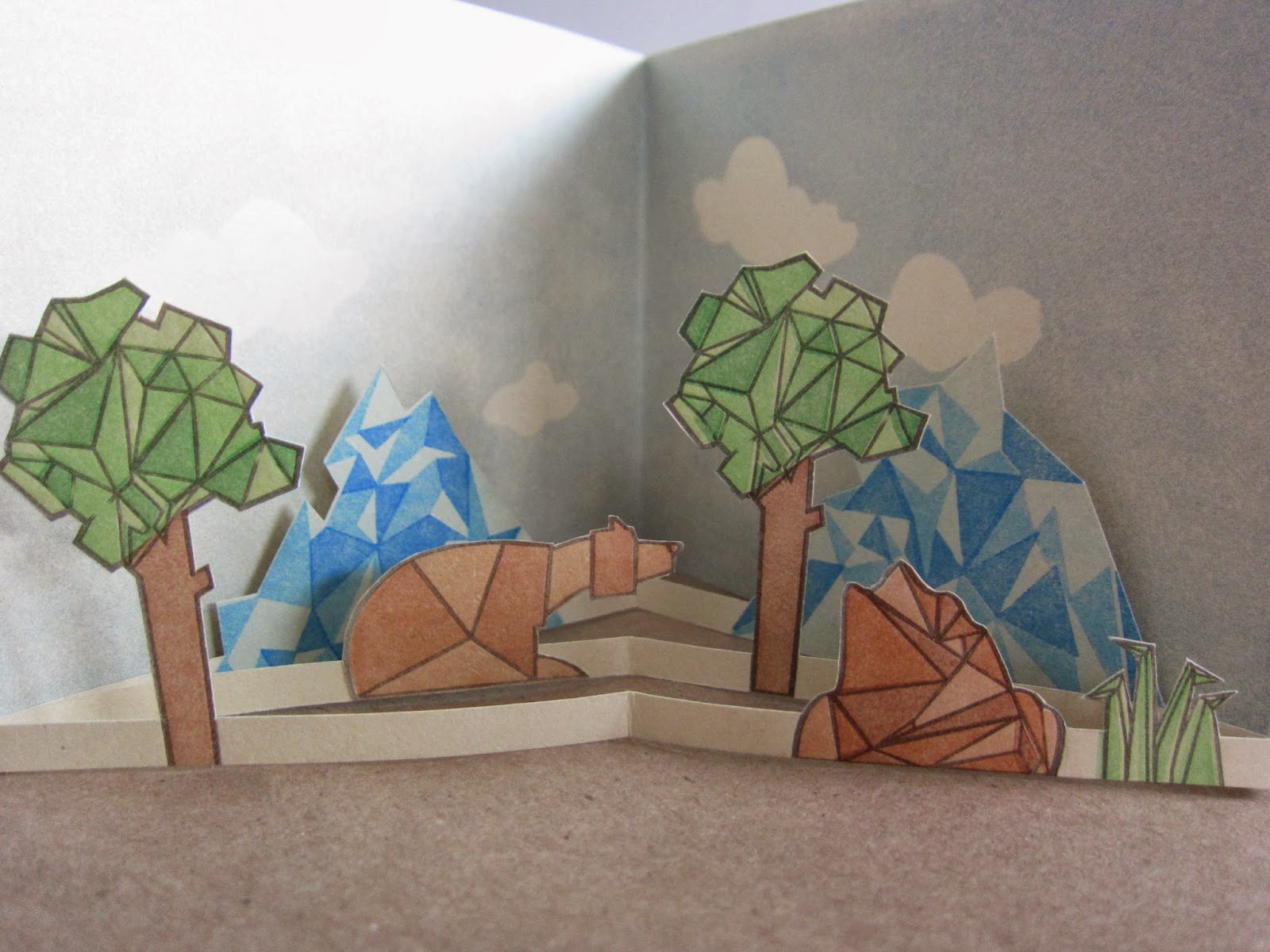 The bear wakes up from his deep hibernation... 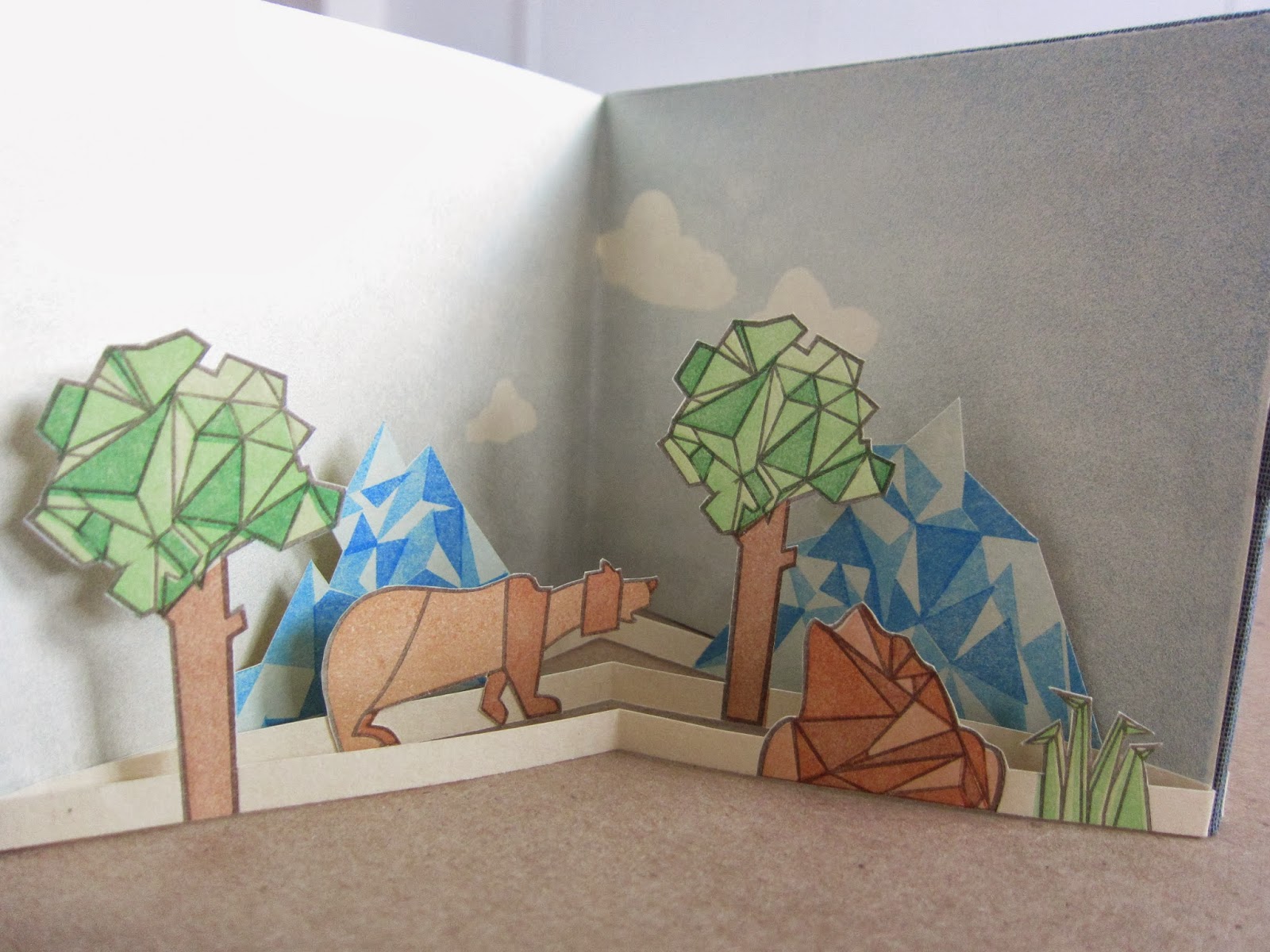 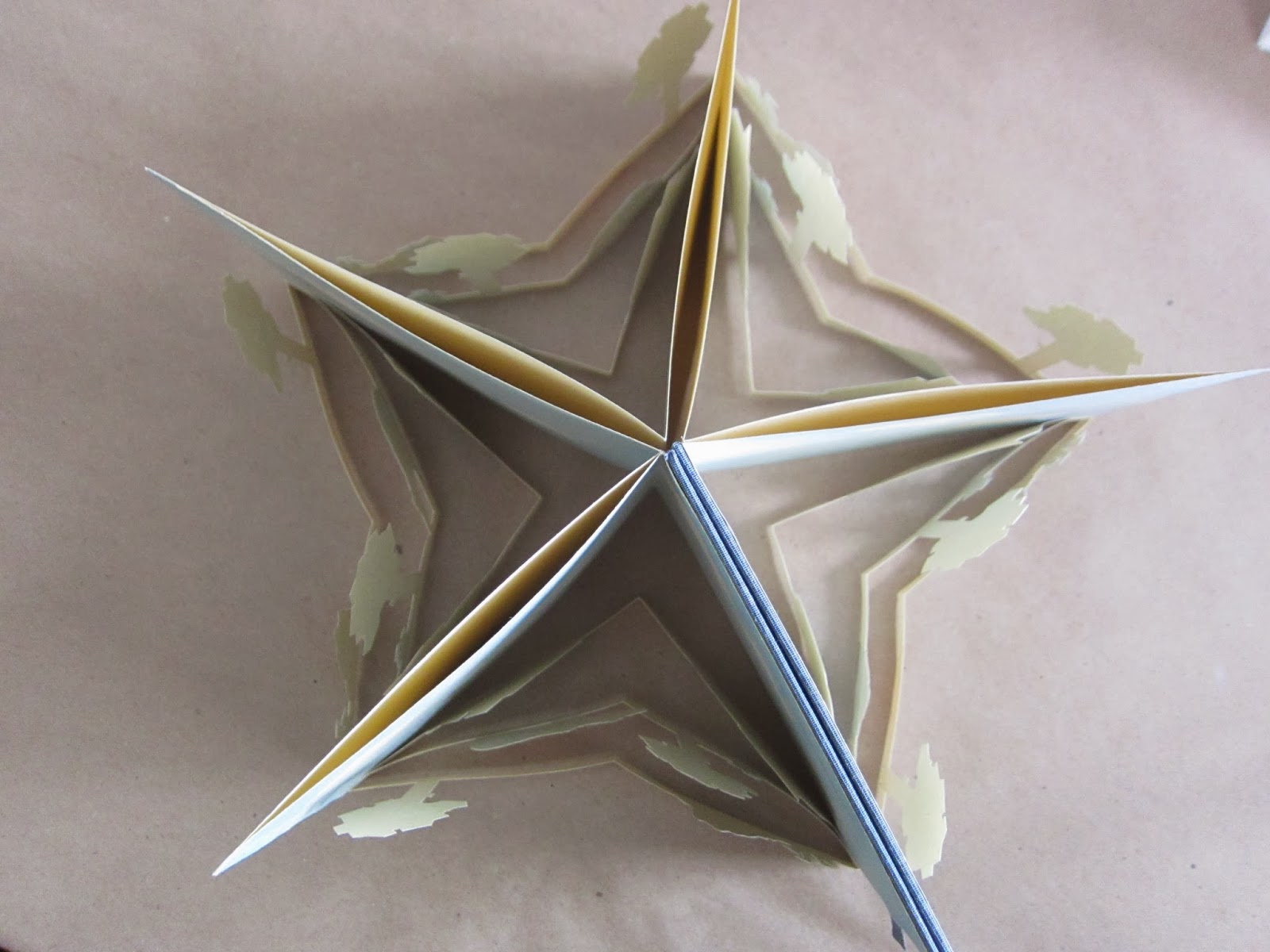 Carousel books are meant to work in the round, so the initial calculations are important to make sure the book actually meets when fully open! The covers have magnets to hold them in place when the book is open.